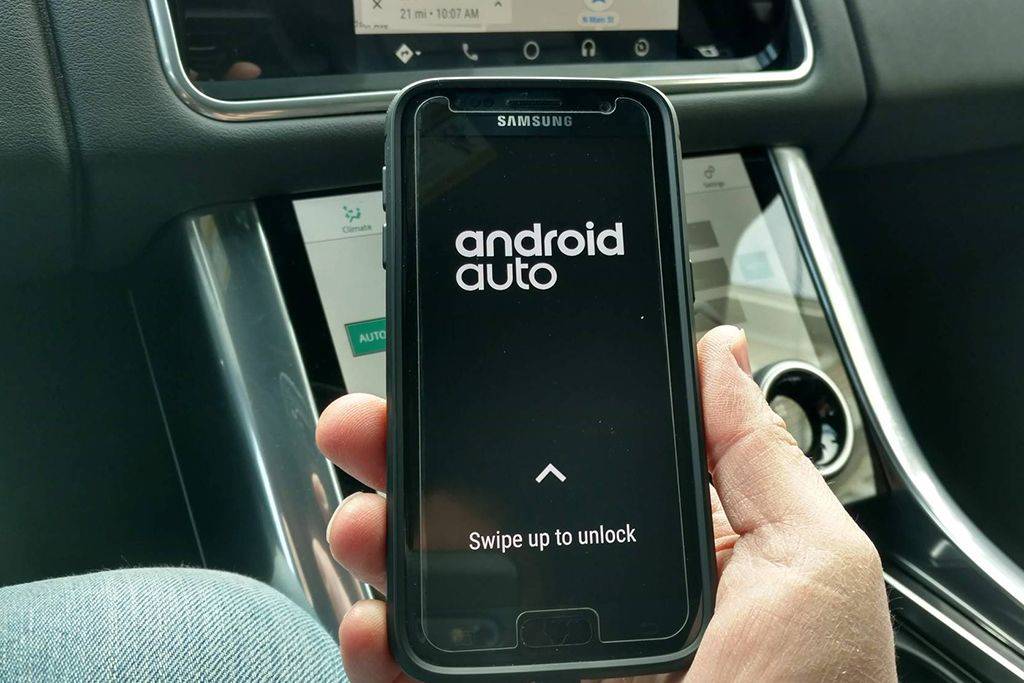 Android Auto is a feature in new cars (and some aftermarket car stereos) that allows you to control and view certain Android smartphone-based apps through the dashboard’s media system, including moving-map navigation functionality.

Apple got the jump on Google due to its earlier iPod-integration partnerships with automakers. In 2014, it launched Apple CarPlay, a similar smartphone-mirroring capability that works with iOS devices. Android Auto (we’ll just call it AA) evened the score in 2015, providing essentially the same functions plus Google Maps and Waze. Apple broke down and incorporated them in 2018, having relied on Apple Maps exclusively since CarPlay’s launch.

What Kind of Apps?

The mirroring of navigation apps on the car’s dashboard display is probably AA’s most important feature because it adds functionality the car might not otherwise have. AA can provide in-dash turn-by-turn navigation using maps that are always up to date and supplemented with the latest traffic data — unlike “native” navigation traditionally built into cars, whose maps and data feeds may require a subscription or manual update.

The rest of AA’s features mainly involve minimizing distraction from other apps by allowing control through the in-dash multimedia system and voice commands, the latter through a voice-recognition button on the steering wheel. Any car stereo equipped with Bluetooth audio streaming can play phone-based audio, but in that case, you need to control it through the phone itself, which can be more distracting.

AA includes hands-free telephone support plus voice-to-text functionality (and vice versa), so you can hear text messages read aloud over the stereo and respond without taking your hands off the wheel or eyes off the road. This doesn’t eliminate the mental distraction, but it can remove some of the risks of running afoul of laws on phone usage in cars, which in practice may be interpreted to mean you aren’t even allowed to touch the phone.

Most of the other supported features are streaming-audio services like Pandora, Slacker Radio, and SiriusXM Radio, which AA displays on the dashboard with Android-esque icons and menu structures. Additional texting apps have also been appearing. See the current list here.

How Do You Use It?

A car equipped with AA usually has a setting that must be turned on before it will recognize a compatible phone, which is any Android phone running operating system 5.0 (“Lollipop”) or higher to which you’ve downloaded the AA app. You simply plug your phone into the car’s USB data port, and it will automatically prompt you on the phone and possibly the car’s display. Because it’s a mirroring system, what happens next can change with smartphone app updates, and it has over the years. Where the process formerly required a couple of screens in succession, now you’re just one button push away from activating AA for the first time. Upon subsequent connections with the same phone, AA usually fires up automatically and the interface will pop up on the dashboard screen. (In our experience, how quickly this happens depends on both the car and phone in question.)

AA automatically pairs your smartphone to the car’s Bluetooth for audio streaming, but the USB connection is also required, in part, for more demanding data transfer like navigation. Wireless Apple CarPlay has begun to appear in some German luxury models, in which it uses Wi-Fi for data-intensive transfer. Though Android has its own version of the same capability, as of its launch in March 2019, it’s limited to aftermarket head units and some Google phones; we’ve yet to see it in a new car. As of its debut, wireless AA requires a Pixel or Nexus phone with Android 8.0 (“Oreo”) or higher, the AA app version 3.1 or higher, and a USB cable for initial setup, according to Google.

If you want to go in the other direction, the AA app can actually operate independently on the phone, where it basically gives you an interface that’s easier to use while driving, even if the car isn’t compatible.

It took quite a while, but the answer now is that a majority of new cars offer AA, though it isn’t always standard or available on all trim levels. BMW and Lexus remain holdouts, but Toyota had been as well, and now the company says some 2019 and 2020 model-year cars will add AA; no word as of this writing on Lexus, a Toyota division. See the current list here, but note that it isn’t always as current as hoped. As of this writing, Jaguar and Land Rover had already begun adding AA to some 2019 and 2020 models equipped with the InControl Touch Pro or Touch Pro Duo in-dash system, but both brands still appeared in the Coming Soon section. Click on a brand’s logo, regardless of its categorization, to get more recent data.

Unless you buy an aftermarket stereo, your chances of adding AA to your car are slim. Once or twice when automakers have promised the feature would arrive later in a model year, they’ve told us earlier buyers could eventually get their cars upgraded, but this is rare. If the list above says your make, model and year were eligible but it doesn’t seem to be present, check with a dealer to see if your car is one of the exceptions. But bear in mind that eligibility doesn’t guarantee that your car has — or can have — AA, as explained above.

How Much Does It Cost?

In cars that offer AA support, it’s free — but again, that doesn’t mean all versions of a car get it. It might be optional or come only on upgraded media systems or in higher trim levels. Ironically, in the early days, sometimes the only way to get AA and its free navigation solution were to buy an optional audio-system upgrade that also included a native in-dash navigation system.

Note that BMW has charged buyers for Apple CarPlay as a stand-alone option and now treats it as a subscription, but we haven’t seen the same approach anywhere for AA, which BMW doesn’t support at this time.

AA itself doesn’t use data per se, so if you’re playing music stored on your phone, data usage should be negligible. But if you’re using a streaming-audio or navigation app, it will use as much data as it would if the phone sat in a cradle serving the same purpose without a connection to car-based AA.

Can I Use My Smartphone While Android Auto Is Active?

Originally, AA completely locked out the phone, but that was too limiting. We do sit parked and at traffic signals, after all, and having to disconnect the phone to use it briefly was a bridge too far. The system’s developers seem to have relented because even though it’s not simple, AA allows you to access some functions directly on the phone by swiping up on the default in-use screen. Some apps that are active in-dash, such as Google Maps, cannot be opened on the phone while connected.

How Well Does It Work?

Both CarPlay and AA are good enough that we’re irritated when a test vehicle arrives that lacks either feature. Not surprisingly, vehicles with touchscreens give the best experience because smartphones use the same approach, but there are vehicles with no-touch displays and remote controllers that do the job. We’ve seen vehicles that limit the AA interface to a fraction of a widescreen display, such as Mazda’s earliest integrations, but an app update can remedy that – and might have by the time you read this.

Native navigation originally had a significant edge because its rooftop GPS antenna and a backup system called dead reckoning would keep the icon of the car moving on the map even if the car lost its GPS in a tunnel or canyon — natural or urban. But the functionality is always evolving and updating, and AA now accepts data (such as current speed) from the car itself, which provides some dead reckoning to the phone-based navigation app. AA can even employ a car’s rooftop GPS antenna, which is likely to be more effective than the antenna built into the phone, though not all head units (the in-dash system) support this ability.

Clearly, AA has begun to take on the advantages that native navigation formerly had, and it adds the ability to evolve that few in-dash systems ever offered. It’s not out of the question that AA and CarPlay will prompt automakers to get out of the native-navigation business entirely, and possibly other features like sports scores and stock quotes. How many subscriptions can one person support?

Note that glitches occur from time to time, and it seems to vary with both the car and phone in question. If both are running current operating systems, apps, and firmware, AA is usually pretty stable. One known exception that Google hasn’t fixed is a tendency of the voice-to-text function to record some or all of its own prompt — “What’s the message?” — at the front of any text you then vocalize for the purpose of sending. (My wife has learned to ignore texts from me that start with any such errant words.) For what it’s worth, this happens only in some cars, which might explain why Google hasn’t licked it or perhaps tried very hard.

We’re less sure of how well future phones will work with the earliest AA-supporting vehicles. At a minimum, some of them, such as a Hyundai I drove a few years ago, have USB ports that don’t provide enough current to charge a modern phone’s battery while AA is running. I arrived with a lower charge than I left with. If processor demands increase, it’s possible older cars won’t keep up with charging. Let’s hope Google takes this into consideration.

Previous How to Install Mercedes DAS Xentry 12.2021? Next Which Cars Offer Wireless Apple CarPlay or Android Auto for 2020?

0 Comments for “What Is Android Auto?”

Select the fields to be shown. Others will be hidden. Drag and drop to rearrange the order.
Click outside to hide the compare bar
Compare