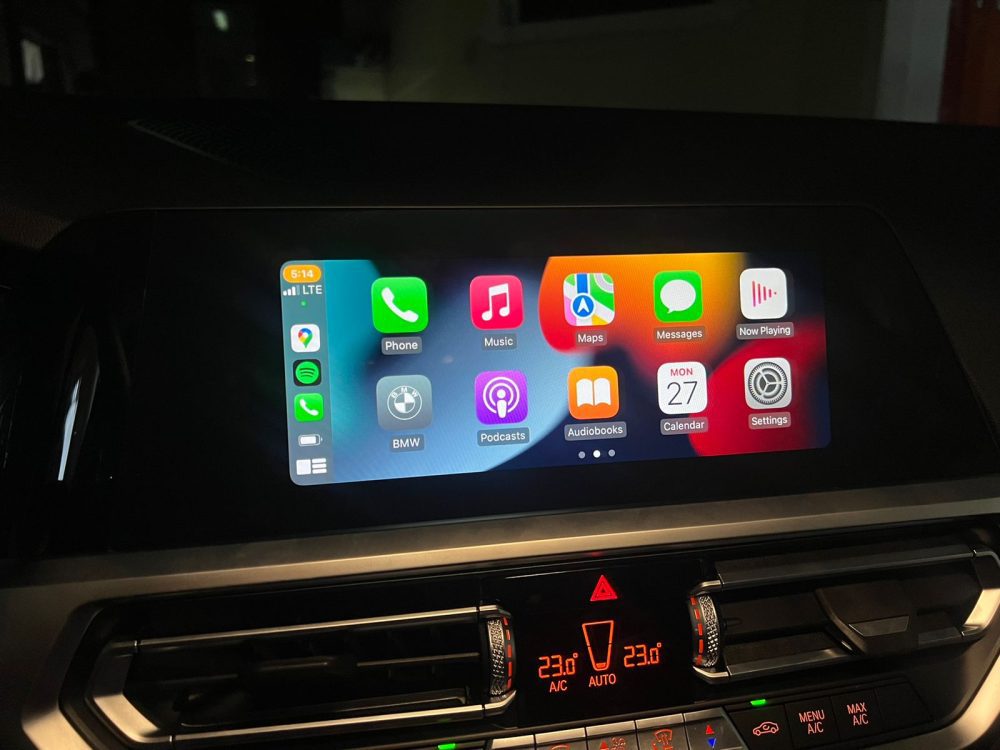 The BMW iDrive 7.0 (ID7) is the 7th generation – and the newest version of BMW’s in-car communication and entertainment system. The software controls a number of areas of your BMW’s computer, such as entertainment, navigation, communication, media controls, and vehicle information, as well as easily integrating with a phone’s internet connection.

Can we activate BMW ID7 Apple CarPlay?
Yes, we can.

Will it work for my car?

Send us your VIN last 7 digits, we will verify for your free of charge.

What will be the process to activate my ID7 CarPlay?

Will this activation void my factory warranty?

Not really, we apply OEM FSC pack as per VIN.

Will the ID7 Apple CarPlay disappear if the dealership coded, flashed my audio system?

Not they won't, we imported the OEM FSC pack to your car and enabled the feature.

BMW iDrive 7.0 is currently available on the following BMW models produced since 2018

BMW Android Auto
Available in 2020+ BMWs which we can activate by SmartBimmer installer if your car has 17B Apple CarPlay available and you have the OEM FSC as per VIN applied.

It’s been a long wait for Android phone owners to finally get Android Auto functionality straight with the iDrive system, and now their time has come. BMW iDrive 7.0 gives you the option to add Android Auto to your Bimmer by quick over-the-air update and use it both via cable or wirelessly.

To enjoy a wireless version though, you’ll have to have a Samsung, Nexus, or Pixel smartphone running on Android 8.0 or higher. Once paired with the iDrive system, you can access all of your favorite Android apps, such as Google Maps, Spotify, Waze, or Audible on the infotainment display, and control them using the iDrive controller or Google Assistant. Plus, if you’d like to see more than one app at a time, the split widescreen display enables you to do so. The left side is your app drawer, the center is occupied by the primary app and on the right area,

you have small widgets running at the back, such as your current playlist or the clock.

BMW Live Cockpit’s LED instrument cluster and head-up display are also not missing anything when it comes to smartphone integration. Just like the center display, they show you the route information and navigation from Google Maps, so that you don’t have to take your eyes off the road. See for yourself!

Previous BMW E-sys launcher pro guide on how to code with BMW E-sys Next What is BMW Esys How do I set up BMW ESYS?

0 Comments for “How to activate BMW ID7 Apple CarPlay for iDrive7.0 MGU?”

© 2021 autosvs.com
© 2021 Auto Service Diagnostic Coding Programming Expert
Select the fields to be shown. Others will be hidden. Drag and drop to rearrange the order.
Click outside to hide the compare bar
Compare